Can I Holler at Ya?

Saw this new plugin popup and I thought you would want to check it out. It’s free (there could be a paid version later) but for now it’s a fun new toy.

What does it do?

It gives you the ability to create little messages in different areas of your screen and you can Holler at people. The cool part is that you can create multiple boxes and make a chained notification system. Or you can create a fake “live” chat box.

If you are reading this post you should have seen 2 boxes show up in the bottom right. The first one has a delay of 4seconds to show then 4 seconds before disappearing. Then i set the second to show and stay up until you interact with it by either closing it or putting in your email (why haven’t you put in your email yet?).

Some screenshots of dashboard: 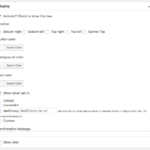 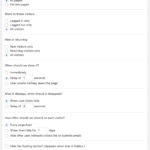 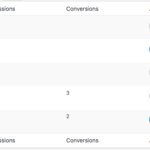 Where to get it?

Should you get it?

Give it a shot and test it. The only thing it will cost you is a little bit of time.

Scott will be at tonight’s OC WordPress Meetup if you want to hear about it in person.